Michael Sonnenfeldt doesn't mince words: "There is no safety in safety," the founder of TIGER 21, a network of "ultra-high-net-worth" investors, said. "All of the historical places you could get safe income from—dividend-paying stocks, bonds—they've all been bid up because of quantitative easing to the point where it's just trash."

Assets that include Treasury notes, high-quality dividend stocks, and low-volatility mutual funds have all seen spooked investors rush into their supposedly safe embrace. Sonnenfeldt and others argue that has transformed them.

"When you overpay for what used to be safe assets," he said, "they now have a lot of risk in them."

Whether they're "trash" is debatable. But the concern that the prices of these assets may now be propped up more by fear than by economic fundamentals is legitimate.

Here's a look at how some "safe" assets that investors have raced into over the past year or so are holding up. For a backdrop, take a look at how the S&P 500 has performed since last August's deep dive. 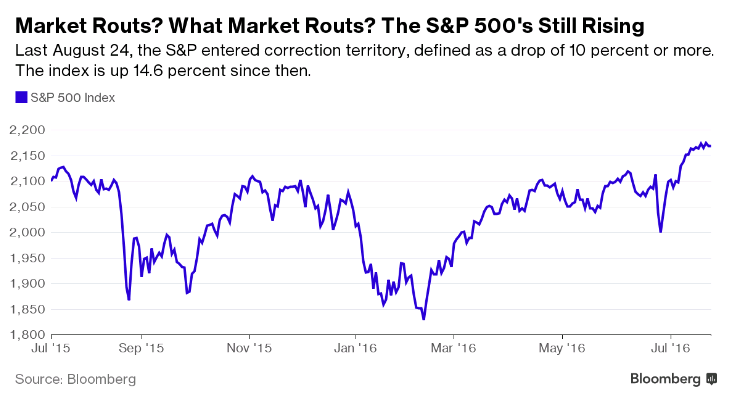 Within the S&P 500, low interest rates have made dividend stocks hotly sought-after for income. Vanguard's Dividend Growth Fund (VDIGX) has almost doubled in size in three years, to $30.6 billion, $3 billion of which flowed in over the past six months. To protect the fund's long-term returns, Vanguard announced on Aug. 27 it was closing VDIGX to new investors.

The fund has beaten 83 percent of its peers in 2016 and 86 percent over five years, according to data compiled by Bloomberg. It tracks the overall price performance of the S&P 500 pretty closely. But it has a total return for the past 12 months of 7.2 percent, compared with the S&P's 5.4 percent. 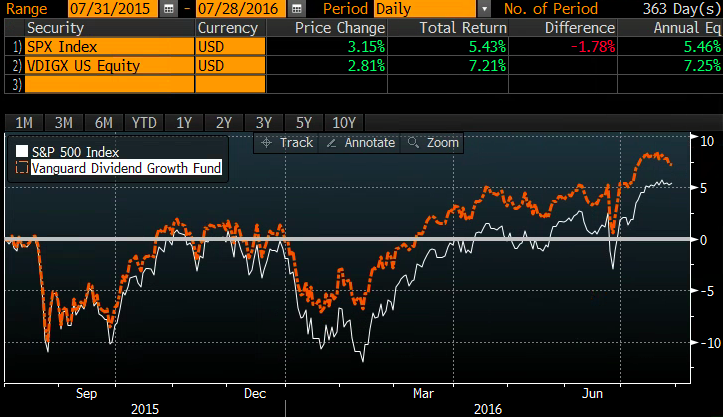 The top three holdings in the dividend fund, making up 9.4 percent of assets, are Microsoft Corp. (MSFT), Costco Wholesale Corp. (COST), and United Parcel Service Inc. (UPS). The trio has had a good 12-month run. Microsoft has gained 20.4 percent, Costco is up 14.5 percent, and UPS is up 6.2 percent.

In Treasury notes we trust

The 10-year Treasury note is seen as a haven in a world where negative interest rates on sovereign debt are becoming more common. Last August, the 10-year Treasury yielded 2.2 percent. Since then, its popularity has driven its price up and sent its yield down to 1.5 percent. The current dividend yield on the S&P 500: 2.1 percent.

"Historically people looked for debt to produce income and for the equity market to produce gains," said Tiger 21's Sonnenfeldt. "Now people look to the stock market for dividends and to the debt market for gains, because you won't get any income there." 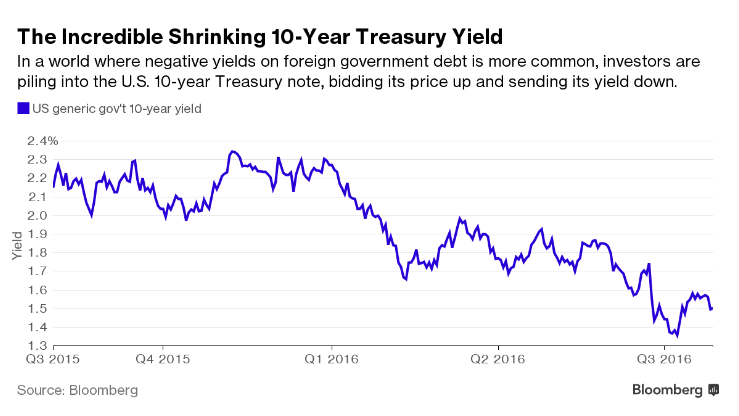 That price may have farther to go. "If people get scared enough, they will rotate into Treasuries this time, too," said Sam Stovall, U.S. equity strategist for S&P Global Market Intelligence. And that wouldn't be wise, he said.

He noted that on July 11, the S&P 500 reached breakeven after a drawn-out correction from late May in 2015 to mid-February of 2016 that whittled 14 percent off its value. The stock market tends to get a second wind when it gets to breakeven, he said, and no bull market that lasted longer than three years has posted a final-year advance of less than 15 percent.

"We may see a good year eight, and maybe a year nine, in this bull market," Stovall figures. "Bull markets don't end when a lot of people are cautious. They end when everyone is fully invested and there is no money to propel it further." 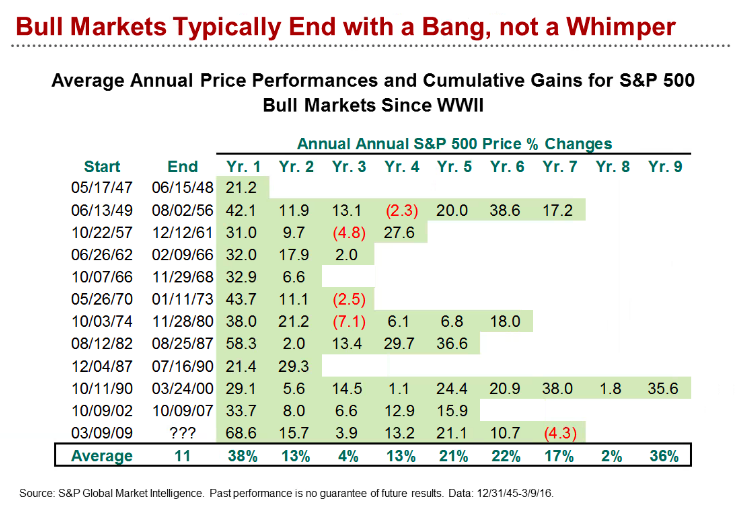 The lure of low-vol funds

The promise of low-volatility funds is a return that is slightly lower than the broad stock market, in return for a smoother ride. Funds with low-volatility strategies have seen money flood in. The iShares Edge MSCI Min Vol USA fund (USMV), the biggest ETF of the group, is the king of the hill, with more than $15 billion in assets, up from $5 billion a year ago. 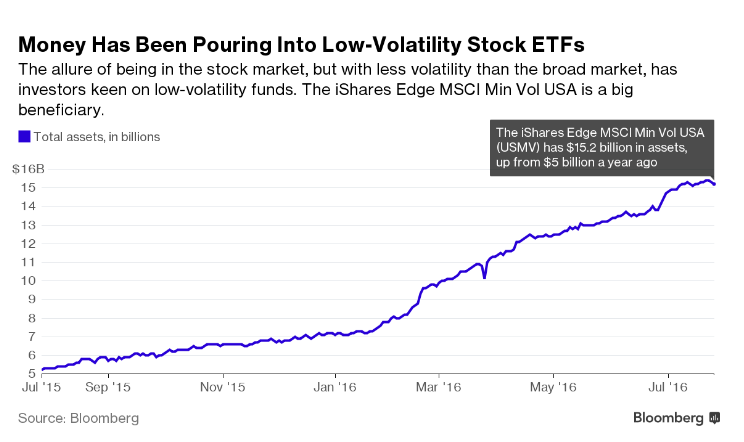 "Until this year, low-volatility ETFs took in a steady clip of cash from true low-vol seekers," said Eric Balchunas, exchange-traded-fund analyst for Bloomberg Intelligence. "But when the ETFs began outperforming, more hot money started piling in."

Balchunas is philosophical about the melt-up. "Everyone knows performance-chasing usually ends badly, but people do it anyway," he said. "It's part of human nature."