The Wealthy Ask Themselves: What Do We Have to Lose?

The Wealthy Ask Themselves: What Do We Have to Lose?

Even before Donald J. Trump defied the odds and was elected the 45th president of the United States, wealthy investors were feeling uneasy about the level of uncertainty in the global economy.

While some people are optimistic that a Trump administration could mean tax breaks, less business regulation and other benefits to the wealthy — and even the stock market eventually rose on the news — the truth is, no one knows for sure what the next months or years will bring.

Michael W. Sonnenfeldt, a New Yorker who made a fortune in real estate and banking, captured the level of uncertainty lately among the world’s wealthiest investors:

“I can’t compare this time to World War II,” he said. “But the combination of potential interest rate shocks and a China implosion and the geopolitical situations with Russia, China, Iran, the Middle East, ISIS, and the difficult political situation in the U.S. with the most challenging, strangest presidential election we’ve had in our lifetime — it all adds up to many generic concerns.”

His list of woes has been common among wealthy investors in the United States. Tony Roth, the chief investment officer at the Wilmington Trust Corporation, has begun to include models for how much a client can lose in the firm’s new investment pitches.

“What we’ve done is put a new emphasis on risk, which is what we call ‘drawdown exposure,’” Mr. Roth said. “It’s not volatility. It’s, if we have an event, how much could you lose?”

He said many clients had been cautious for several years, when markets performed well and they missed out. Now they want to take on more risk to increase their returns, yet they fear having another loss as in 2008.

“Clients are saying, ‘We have goals and we may need to take more risk — what does that mean to me?’” Mr. Roth said. “If you tell me I could lose 25 percent to 50 percent of my portfolio, that means something to me.” 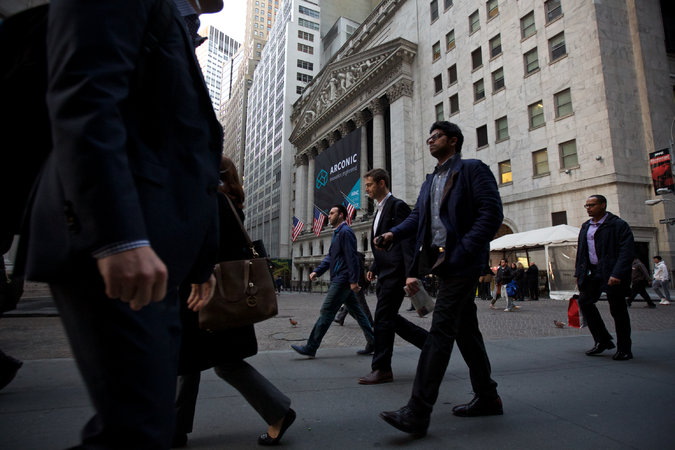 The New York Stock Exchange in early November. Wealthy investors are feeling uneasy about the level of uncertainty in the global economy.
Credit Benjamin Norman for The New York Times

Rebecca Patterson, chief investment officer at Bessemer Trust, said she wrote a recent investment paper directed at clients who were overly fearful of a catastrophic event in the markets. “A larger number of clients are seeing the glass as unusually empty at this point,” she said.

“There’s a lot of uncertainty out there,” she added. “But there are also a lot of things going well — technology, biopharmaceuticals, people’s quality of life. Even with all these good things happening, that’s not where the conversation is going.”

Of course, it is easy to be pessimistic after a year of noisy election campaigns, Britain’s “Brexit” vote to leave the European Union, a slowdown in China, saber-rattling and suspected digital snooping by Russia, and the slowing of Brazil’s economic engine by political problems and the Zika virus.

“The hard part is getting past that emotion,” said Judith B. Ward, senior financial planner at T. Rowe Price. “Clients, when they call us, they just want reassurance to stay the course. One of the things we focus on a lot is to have that long-term perspective to weather some of the storms that we might see.”

Today, Mr. Sonnenfeldt is the chairman of TIGER 21, an investment club he founded 18 years ago that has 447 members with an average wealth of $100 million. In that role, he likes to poll his fellow millionaires and billionaires on what concerns them and what actions they take to address those worries.

Right now, he said, members are taking money out of the public markets and investing more in private equity deals, which are far less liquid but offer higher returns for people who can afford to be patient. They have minimized their personal debt, gotten out of hedge funds and invested in hard assets, like real estate.

“It’s back to basics on the whole,” he said. “It’s less overseas adventures and more back to basics with American businesses that sell real products and services. Real estate is our No. 1 overall allocation.”

“There’s a general wariness about markets because there are different measures by which you can determine if the market is overpriced,” he added. His group thinks “the equity markets are being propped up by people who have few options and who can’t invest in private deals.”

Mr. Sonnenfeldt’s group is not alone in taking an approach that weighs the downside as much as, if not more than, the upside. 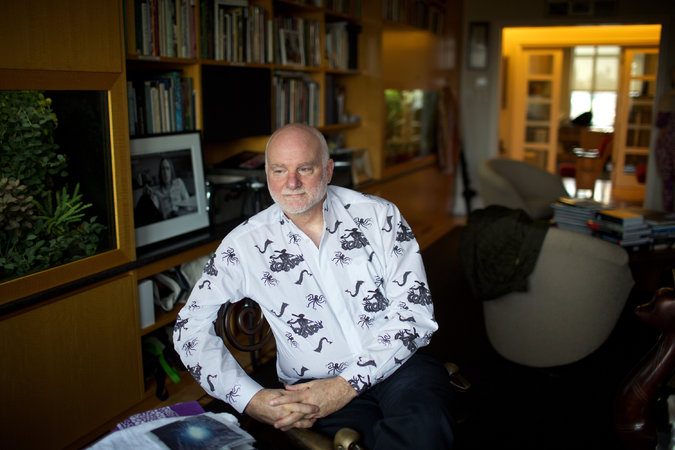 Michael Sonnenfeldt, the founder and chairman of TIGER 21, an investment club for wealthy individuals, says members are taking money out of the public
markets and investing more in private equity deals. Credit Benjamin Norman for The New York Times

Mr. Roth sees that a lot. But it has left him torn on using “drawdown exposure” as a rating.

On the one hand, it is a useful tool for clients, he said. But on the other he worries that he is playing into an echo chamber of woe.

“I want to make sure it’s valuable and not just pandering to the fears of our clients,” he said. “We have to make sure that the metrics that we’re using back-test really well.”

And he is clear in saying that he is not discarding modern portfolio theory and all of the analytical tools the investment profession has to estimate potential rewards. He is simply trying to add something that might make sense in the current age of anxiety.

“We’re running a parallel risk framework to add to the traditional risk framework,” he said. “We’re trying to create a better understanding for clients.”

Ms. Patterson said one of her aims was to put what is happening today into a context of the last several years. “This isn’t something that suddenly occurred in 2016,” she said. “The sense that one is losing control has been an undercurrent for some time.”

It is the long view, of course, that advisers advocate. Whatever may happen between now and Inauguration Day or even later in 2017 is a blip — however painful — on people’s long-term investment plans.

The risk is that so much negative news from so many places in the world has a self-sustaining effect. The doom, real or perceived, resonates more loudly than rational calls for making a plan and sticking to it.

Individual investors “are übercareful,” said Edward J. Perkin, chief equity investment officer at Eaton Vance, an asset management firm. “That’s risky. You have to take some risk, or you don’t meet your goals.”

In a recent study of advisers, Eaton Vance found that 76 percent said fear was motivating their clients’ investment decisions. Two years ago, the same study found that clients were motivated equally by fear and greed. 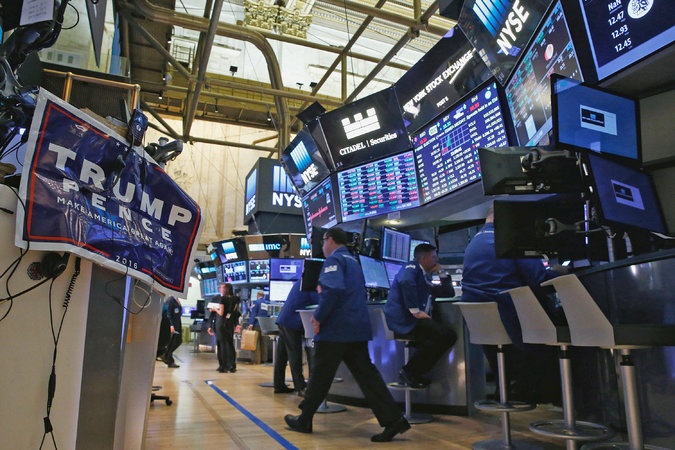 The floor of the New York Stock Exchange on the morning after the United States presidential election. Credit Brendan Mcdermid/Reuters

That much fear can be paralyzing. To break that, Mr. Perkin said, he suggested that people do something simple: dollar-cost averaging, which means buying a certain amount of an investment in pieces in case its value goes down.

Of course, that investment’s value can also go up and an investor would have been better off putting all the money in at once. But when fear is such a large force, this simple strategy is a way to “remove the regret factor,” he said.

“People have completely lost sight of what is going on,” he said. “If you’re 30 years old, you’re not retiring for another 35 years or more. Time is on your side. People rarely understand the value of time.”

Two years ago, he published the paper “Tired of Being Scared Yet?” It listed 50 dire predictions made since 2009 that had not come true.

“People are always scared that there is going to be a bear market, but they don’t think of what causes one,” he said. “Is the central bank removing liquidity? Are earnings going into bearish territory? Is everyone bullish? We don’t have any of those things.”

For Mr. Sonnenfeldt, doing nothing is the worst response. People have to make investment decisions, as he has been doing with clean energy.

“The biggest shift is that in a low-interest-rate environment, investing in passive assets is fraught with peril,” he said. “You can’t do a 60-40 split and produce much income. And there is no safety in safety, because people have bid up the prices in the so-called safe assets.”

The solution from TIGER 21 members? Invest in businesses that make things people will buy no matter what happens. It’s simple — if you can get past your fear.